Bachelor of Humanities and Social Sciences

The Baccalaureate studies constitute a stage, after the E. S. O. , which has a voluntary character as opposed to the obligatory one of the E. S. O. , and whose duration is of two academic years.

Students who have one of the following qualifications are eligible for the baccalaureate studies:

Subjects common to all high schools:

Subjects in Humanities and Social Sciences: 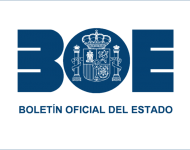